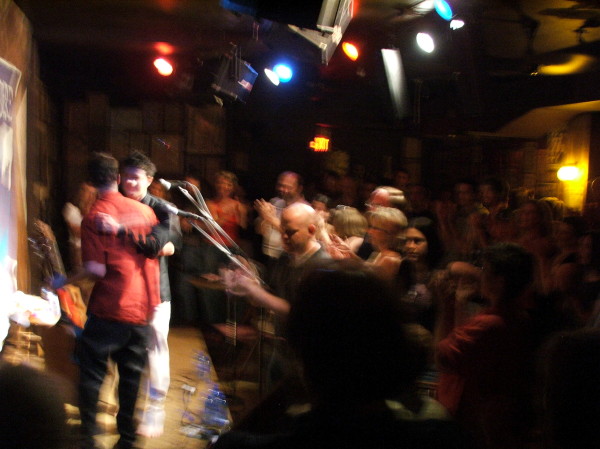 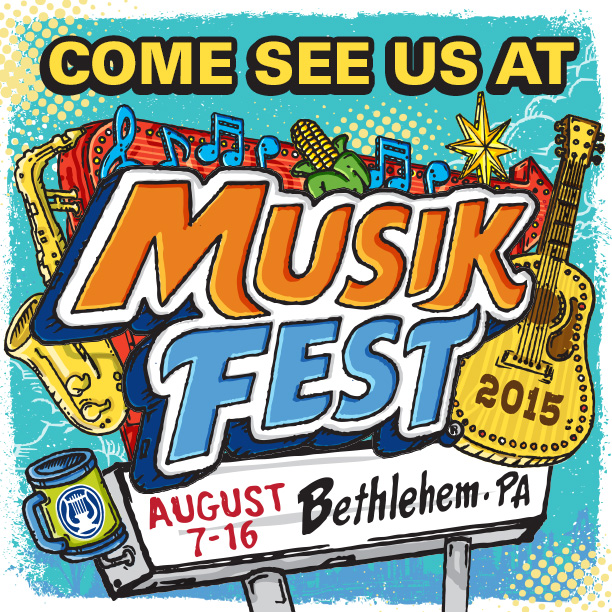 ART is thrilled to return to Godfrey Daniels, home of one of our Jewels & Tinware CD release parties back in September. Godfreys is the Lehigh Valley’s premiere listening room, with a rich history stretching back to its 1976 opening. Godfreys is consistently hailed by ART listeners as one of the best places to see our live show…which makes sense. Our songs are all about the subtleties – hearing the lyrics and music in Godfreys’ “pin drop” atmosphere takes it to the next level.

So, if you’re like me, and prefer your live music served without the barroom din, Godfreys is the place for you. Plus, the BYO keeps the atmosphere festive and easy on the wallet. Don’t be deterred by Godfreys ticket prices – it’s well worth it for the unique atmosphere and will actually be cheaper than a night at a bar.

We’d love to see you there. Playing Godfreys is like coming home. Let’s have a house party.

Dave Howell of the Morning Call interviewed me on Jewels & Tinware, stories behind the songs, upcoming gigs and more. Thanks to Dave and MC! 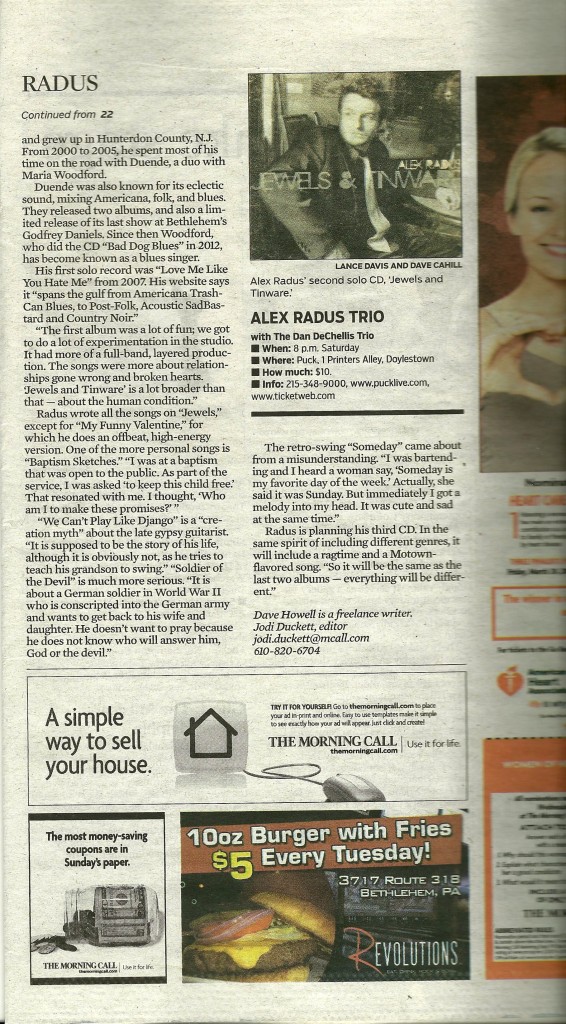 I’m honored to’ve been nominated for three awards for two different 2014 music awards ceremonies. And they’re both this weekend!

It’s cliche, but I’m honored just to  be nominated. These ceremonies aren’t about individual players; they’re about celebrating the great music in the Lehigh Valley and Philly/Delaware areas. I feel incredibly lucky that there are such vibrant and innovative music scenes in my backyard. And of course, it’s nice to feel the love from time to time too!

Thanks LVMA and Homey Awards – and thanks to all of you for casting your ballots! 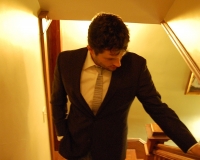